Since the acquisition of the high-grade, low-cost Paulsens mine in July 2010, Northern Star has continued to assemble a portfolio of high-quality, high-margin mining operations, with the aim of delivering maximum total returns to our Shareholders.

Northern Star’s gold mines are all world-class, low-cost, high-grade gold mines. Since acquiring these operations, Northern Star has been able to significantly extend the mine life and grow the resource base of all of its mines by investing heavily in near-mine and in-mine exploration.

In late 2018, the Company announced the acquisition of the world-class Pogo gold mine in the tier-1 jurisdiction of Alaska, which will see Northern Star expand its footprint into the highly prospective Tintina Mineral Belt.

Northern Star is led and governed by an exceptional, highly-experienced Board and Management team. This team has a clear strategy to deliver future growth and a demonstrated ability to move quickly to capitalise on strategic growth opportunities to maximise value for Shareholders.

When you join the Company, you join the Northern Star Team. You will be engaged in a dynamic work environment where you will be valued as an integral part of the team, and where you can develop and grow with the business. Northern Star is committed to recruiting, training and promoting individuals based on competence and skills. The Company’s recruitment practices are designed to ensure fairness and consistency.

Northern Star is a proud supporter of the Prime Minister’s Veterans’ Employment Program, which helps to create employment opportunities for veterans. 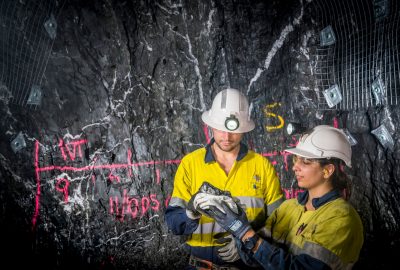 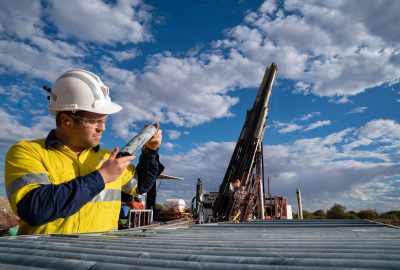 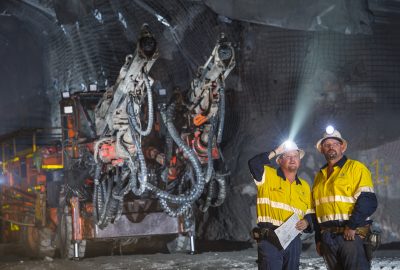 The Jundee Operation is located in the Northern Goldfields region of Western Australia around 45km north-east of Wiluna. Production commenced in 1995 from a complex of open pits (now ceased), and in 1997 from two underground mines. Ore is currently sourced only from the underground mining operations. The site operates on a fly-in, fly-out bases 24/365 with work rosters predominantly either 8 days on and 6 days off or 14 days on and 14 days off.

The Jundee Operation has a reputation of having a positive and well balanced social environment; with excellent recreational facilities including swimming pool area, tavern/wet mess, internet room, public phone area, BBQ areas, recreation room and gymnasium. Jundee has a proud history of supporting charitable causes and participating in organised sports events against the local Wiluna community and nearby mine sites.

The Tanami project operations are located approximately 650km north-west of Alice Springs and 850km south-west of Darwin. The project is accessible from the public Tanami Road that passes within 2km of the camp and treatment plant. Access to other parts of the project areas is via well formes, and in part sealed, private mine haul roads, pastoral station roads and exploration tracks.

The Kanowna Belle mine site is situated in the Eastern Goldfields of Western Australia, approximately 18km north-east of Kalgoorlie. The mining method at Kanowna is a form of modified open stoping, which is sequenced and driven on a stope by stope basis by geotechnical considerations.

The East Kundana Joint Venture (Northern Star 51%, Rand and Tribune 49%) is an operational underground gold mining project located in the Eastern Goldfields of Western Australia, 25km north-west of Kalgoorlie. The project comprises of three producing underground deposits: Raleigh, Rubicon and Hornet. The mining method at the Kundana operations is from underground utilising up-hole longhole stoping with paste back-fill. The Hornet orebody is located 60m to the south of the Rubicon orebody. The Pegasus deposit is located 480m to the north of the Rubicon orebody and access is from the established Rubicon decline.

The South Kalgoorlie Operations is located within the Eastern Goldfields Superterrane and the 842km² tenement package traverses across the Coolgardie, Ora Banda, Kambalda and Boorara Domains. The Hampton-Boulder-Jubilee and New Celebration deposits which form the core of the present-day South Kalgoorlie Operations have transacted on multiple occasions over the past 30 years.

The KCGM Operations is one of the most significant gold systems in the world with an endowment of ~80Moz and a spectacular gold content of ~45,000 to 60,000oz per vertical metre.

KCGM Operations include the Fimiston Open Pit (the “Super Pit”), Mt Charlotte Underground Mine and the Fimiston and Gidji Processing Plants, located adjacent to the City of Kalgoorlie-Boulder approximately 600km east of Perth, Western Australia.

The CDO processing plant, accommodation village and other vital infrastructure are all located within the south Laverton goldfield, situated 120km north-east of Kalgoorlie in Western Australia. The site is FIFO or BIBO from Kalgoorlie. A fully-sealed all-weather airstrip was constructed in 2018/2019 to handle 100-seater jets flying personnel directly to site from Perth.

Thunderbox Operations includes Thunderbox Open Pit, Thunderground, Kailis Open Pit (located in Leonora) and a processing plant. It is located 45km south of the town of Leinster in Western Australia and immediately adjacent to the sealed Goldfields Highway. The site is FIFO direct to the operation or BIBO from Kalgoorlie.

An apprenticeship is an exciting and challenging opportunity which allows you to build relationships within all levels of the business. Completing your apprenticeship with Northern Star will provide you with a platform to launch your career and emerge as a first-class trades person.

Please note that some apprenticeships are residential positions, which requires the successful applicant to reside in Kalgoorlie or the surrounding area.

The Northern Star Undergraduate Program covers all students who undertake a degree in engineering that have successfully completed their first year of study. Throughout the Program, individuals are offered unique opportunities to learn and develop in their day-to-day work, engage with experts, build a network of colleagues and work with industry leaders from some of the world’s leading mining business schools.

Vacation work is offered to students in either their second or third year of study for a 12-week period commencing in late November and is a targeted and structured Program of on the ground mentoring, which allows students to transfer their knowledge learnt during study and apply it in an operational environment.

The Program assists in paving the pathway into early acceptance to the Northern Star Graduate Program pending successful completion of studies with a certain GPA as well as obtaining positive vacation performance evaluation.